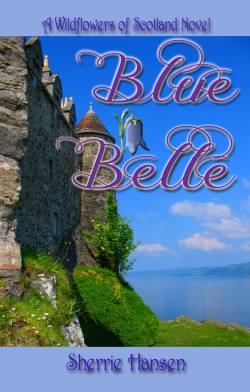 I absolutely love going to an estate or auction sale and poking through old trunks filled with vintage treasures.

If given a choice between buying an old house that needs restoring and a sparkling clean, newly constructed house, I’m the one who’s reveling in hundred-twenty year-old tin ceilings, maple pocket doors, and stained glass windows.

I have a complete set of shiny, fresh, never-opened, newly reissued copies of the Betsy Tacy books by Maud Hart Lovelace in my bookshelf, but it’s the well-worn, discarded-from-libraries-decades-ago copies with their tattered edges, worn pages and broken bindings that are precious to me.

When I make Danish Aebleskivers (round pancakes – a family favorite), I vastly prefer using the well-seasoned, gritty, old cast-iron pan passed down through generations of Jensens instead of the new Nordic Ware, Teflon coated pan I brought home from the cooking store a few years ago.

I serve dinner on antique plates that I inherited from my Grandma Hansen and wear hats she bought for pennies during the Great Depression. I love vintage treasures. The fact that they’ve been used a bit doesn’t bother me at all. In fact, it’s the very thing that makes them so well-loved.

Some people like everything in their lives to be new – cars, clothes, furniture and houses that match the latest styles and trends. Many readers also like the characters in the books they read to be bright, shiny, unaffected virgins embarking on their first relationship.

The characters in my books are a little older and wiser than some. They’ve been around the block a few times. They’ve acquired the rich patina that comes with living a little, enduring a few storms, maybe even had their hearts broken a time or two. Like all of my books, the characters in my latest Wildflowers of Scotland novels, Wild Rose and Blue Belle, are not newbies to the game of love or young idealists embarking on their first foray into the world. They’ve been there, done that.

To me, a love story that has to work a little to arrive at a place where one or both characters can trust, hope, or love again, is twice as satisfying than a first time love.

So why buy a used house with carpeting and colors and kitchen cabinets that someone else picked out, knowing you’re going to have to do a lot of work to fix it up when you can buy a bright, shiny, squeaky clean, brand new house for about the same price?

There’s a song I love called “If These Walls Could Speak”. Amy Grant sang it. “If these old-fashioned window panes were eyes, I guess they would have seen it all – Each little tear and sigh and footfall, And every dream that we came to seek or followed after, If these walls could speak.” There’s a richness that comes with experience, like a fine wine that’s perfectly aged. Beauty – true beauty – is something that grows and shines brighter with every day that goes by, despite – or maybe because of – the forces of nature which are fiercely and constantly eroding it.

My grandma used to say that unless you have to work hard for something, it’s not worth having. I believe this as a writer and as a person. Things that happen too easily or overnight, with the flick of a magic wand, most often don’t last and very probably weren’t meant to be in the first place.

If you like quaint, older homes, chests filled with vintage treasures, and second chance at romance stories, I’d like to invite you to join me for a sip of well-aged whiskey and meet the women of my Wildflowers of Scotland novels. They’ve been burned. They’ve had their hearts trounced on. They’ve been hurt, betrayed, and disappointed. And they’re all the more beautiful for it.

Think of something you treasure that’s “old” or “used”, and tell us why it is special to you.

Blue Belle
Blue Belle is the second of my Wildflowers of Scotland novels, to be followed by Shy Violet early next year. Read Thistle Down, an eShort prequel, and Wild Rose first if you can!

She was having a panic attack. He was sure of it. The classic signs – shortness of breath, chest pains, trembling, sweatiness, a sense of terror, numbness – were either written on her face or obvious in her gestures. What had set her off? The Blue Bell was as safe a place as he could imagine.

Michael St. Dawndalyn resisted the urge to jump up and go to her rescue. He wasn’t a doctor in Scotland. He was a contractor. And not even that, if you wanted the truth. The last thing he needed was to draw attention to himself, make people wonder how a common rock layer would know so much about anxiety disorders.

He watched as one of his younger crew members approached the booth where the woman was sitting with a pot of tea and what appeared to be sticky toffee pudding. What was Logan doing in an apron? Seeing the lad’s large girth, criss-crossed with strings like a trussed side of Abershire beef, was scary alright, but even that didn’t account for the woman’s blue mood.

He looked on helplessly as she cowered, recoiled, tried to compose herself and failed. He watched as she fought for breath after panicked breath. It was Logan – kind, gentle giant, harmless as a mountain hare, Logan Galbraith.

Doing nothing, when he knew he could help, was driving him crazy. Two Americans, both living in Tobermory, Isle of Mull, Scotland, and he’d been all but rude to the woman because he was afraid she’d Google him and find out he was wanted in Wisconsin. He wanted to help, but he had to keep his distance.

Screw propriety. He jumped to his feet and catapulted himself in her direction. At the very least, he had to get Logan away from her. Poor fool was hovering over her like Algernon with his mouse, trying to make her feel better, never in a million years guessing he was the cause of her angst.

The crowd parted instinctively as he approached, not because they knew he was a doctor, but because he was their leader. They trusted him to help. He was their boss, their provider.

He nudged past Logan until it was he who filled her frame of reference.

“Isabelle, is it?” Everyone at the pub knew her name. Small town, just like Oconomowoc. He used his most reassuring, kindly voice, the one he’d been told could just as likely melt a woman’s heart as soothe a patient.

He stroked the back of her hand. “Take deep breaths. Think about your favorite spot in the world, the place where you feel safest and happiest and free from any cares.” He whispered so only she could hear.

Her hand trembled in his. Her shallow gasps changed to deeper, fuller breaths.

And then she lifted her head and locked her blue eyes directly on his. He felt it happen, the bonding, the imprinting, the life-altering zing of energy that passed between them.

A tall gent that he recognized as the new pastor at Parish Church came alongside him. “Pastor Ian MacCraig. Anything I can do to help?”

Isabelle’s eyes flickered away from his. She glanced at the other woman and then back at him, the blue of her eyes even bluer against her pale skin, pink cheeks, and soft red hair.

The auburn-headed woman smiled brightly. “Ye’re too young and pretty to be having a cardiac episode, so I’m assuming what ye’re experiencing is a good, old-fashioned panic attack.”

Isabelle looked up at the woman, her face showing obvious relief. Michael continued to block Isabelle’s view of Logan, and when she wasn’t looking, motioned for his young charge to return to the bar and give the woman some space. What about Logan had set her off, he could only imagine.

Michael backed away when he saw the look of relief on Isabelle’s face. The important thing was that she got help. He didn’t need to be the one who healed her. This Rose might not be professionally trained, although for all he knew, she had more degrees than he did. What did matter was that Rose was confident of her ability to help. Her positive approach was in turn instilling confidence in Isabelle, who appeared to trust her. Maybe another woman’s touch was what she needed.

He stood quietly by as Rose took charge. Isabelle’s eyes searched for his one last time. He met and held her gaze while Rose talked her down from her hysteria. When her breathing had returned to normal, he left the pub, content not to tempt fate. He needed to be in Scotland, and he needed to keep his identity a secret. There was too much at stake.

You can find other titles by Sherrie Hansen here:

Twenty-two years ago, I bought a dilapidated Victorian house in northern Iowa so I could move home and be nearer my family. I rescued an amazing but very run-down old house from the bulldozer’s grips and turned it into a bed and breakfast and tea house, the Blue Belle Inn.

Before that, I lived in Colorado Springs, CO, and before that, Augsburg, Germany. I attended Wheaton College, Wheaton, IL and spent one life-changing summer in Bar Harbor, Maine. I grew up on a farm in southern Minnesota.

After 12 years of writing romance novels late at night when I couldn’t sleep (mostly because I was so keyed up from working 12 hour days at my B&B), I met and married my real-life, romantic hero, Mark Decker, a pastor. I enjoy playing the piano with the worship team at church, needlepointing, photography, renovating and decorating historic houses, traveling, and going on weekly adventures with my nieces and nephew.

I live in 2 different houses, 85 miles apart, and write on the run whenever I have a spare minute. “Blue Belle” is my seventh book to be published by Second Wind Publishing, a mid-sized, independent press out of Kernersville, NC.

You can find Sherrie at:

5 thoughts on “Treasuring the Old and Used – Guest Post by Sherrie Hansen, Author of Blue Belle”