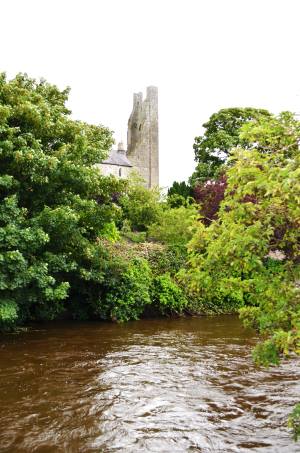 Why Ireland? It has always fascinated me. Then I married an Englishman, and lived in London during the worst of the Troubles—more than 30 years of continuing bloody violence between the Protestants in Northern Ireland who wanted to remain part of the United Kingdom and the Catholics who lived there who held to the dream of a united Ireland, ruled independently. It only ended at the turn of the 21st century, when the ordinary people in the North grew too tired of the hard men on both sides to continue to give them sanctuary.

I decided the Irish were all crazy. Why go on fighting when thousands had already died in battles over seven long centuries, and the Irish had, after all, won? In 1923 the Republic of Ireland gained independence, except for the 8 counties that chose to remain British.

But the Ireland of today, both the independent country and the 8 counties of Northern Island, is amazingly beautiful. In the west the sapphire blue Atlantic smashes against giant cliffs, and the land is green and dotted with ruins from the generations before. As you go east, you encounter the astonishing variety of greens that Ireland offers, and the wonderful twisting roads that wind through the countryside. And the people! Just as I’ve always read, Irish people love to share a story—over a pint, preferably—and welcome anyone who has the time and patience to hang around for a bit rather than rush off to the next page in the guidebook.

But what increasingly intrigued me was the clash that had gone on for 700 years in all between the English who were determined to tame the Irish and the Irish who refused to be tamed, to become English. I had history books to tell me how it happened: what caught my attention was how it must have felt to the people who made their life there, the ruling English and the Irish they dominated.

I imagined an Anglo-Irish girl whose family had held Irish estates for generations, born in Ireland and passionately attached to the land and the people she knew. Like many of the English in Ireland, she knew little or nothing about how many of the Irish people suffered under the English rule, that hunger and starvation were never far away. So there were two men there she met: one an enigmatic red-headed Irishman and one a handsome, responsible Englishman come to run his new Irish estate himself, rather than trust to a middleman who might or might not care about the people living on his land. She has to choose where her loyalty lies.

I called it The Divided Heart, for the girl who must discover who she most truly is. And I hope her story will be one that interests other people who, like me, have fallen in love with Ireland, with all its complications.

Bio: Beppie lives in the surburban Detroit, Michigan area with her husband, a British architect, and two cats. She has four adult children. She has also lived in England and calls Ireland “the home of my heart.”

She has written all her life and has eight published books to her credit. Her first story was published in a children’s magazine when she was eight years old and her second, an article published in Seventeen magazine. She has worked at the University of California Press at Berkeley, Doubleday in New York, Doubleday’s wholly-owned English subsidiary, Aldus Books.

You can find Beppie at: 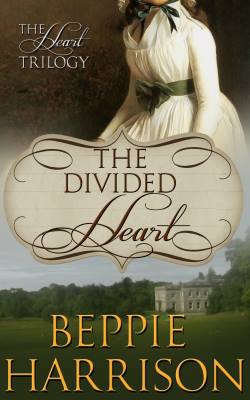 Anne is an Irish-born daughter of an English earl, who has a fierce love for the brilliantly green countryside around her and the haunting figures of the Irish tales of past greatness. Protected from reality through her girlhood, she comes to discover she lives in a society bitterly divided by Irish hatred for the English and English contempt for the Irish. Where will she fit in this beautiful, troubled land?

You can buy The Divided Heart at: Amazon.com

14 thoughts on “Why Ireland? – Guest Post by Beppie Harrison, Author of The Divided Heart”