Sometimes, I think it’s the imperfect qualities that make a hero perfect.

For me, the guy who never misses the mark, who is every possible thing the heroine has always longed for, who is so sure of himself, he never falters, is the guy I don’t trust. Even Indiana Jones was terrified of snakes, and that made him much more real and dear to me. (Looking like Harrison Ford didn’t hurt either, but that’s another blog.) When the stakes are raised, and the heroine needs someone to come through for her, I want a hero who may not admit having the foibles that make him real, but he forces himself to overcome them for the heroine’s sake. It doesn’t matter if he’s successful; what matters is he tries. Even when failure is inevitable, he still risks body and soul for her. He makes the leap of faith, sometimes against his better judgment, that shows us she is worth everything to him, whether he knows it yet or not.

When a hero is perfect for a heroine, he “gets” her in a way no one else ever has. She doesn’t have to explain her jokes, or the look in her eyes, or the obscure references she tosses over her shoulder as she leaves a room. I love that first moment when he actually sees her for the person she is, and realizes she is not only his intellectual equal, but a woman he will think about every day for the rest of his life. The perfect hero is forever changed by the heroine, by knowing her, by loving her. And somewhere along the way, he recognizes the passion he feels and realizes she is the woman he wants and needs more than anything in the world.

Which makes him the perfect hero.

Because in real life—and I think most women will agree—there is nothing sexier or more captivating than to have someone want you more than anything in the world.

What qualities do you think make the perfect hero?

A Shadow on the Ground

Morgan Maguire is afraid to believe in second chances. The family orchard is failing, her twin brother is being framed for murder, and the sharks are circling. The tough exterior she’s spent years hiding behind is beginning to crumble, just as the man who shattered her heart is back in her life. Gage Kirkland is as compelling and magnetic as ever, and he’s offering the kind of help she may not be able to refuse. But can she trust him?

To finance his troubled son’s therapy, Gage, a former investigator, takes one last job–recovering a stolen Civil War artifact. Unfortunately, it’s in the possession of the woman he left behind, the woman who’s haunted his dreams ever since. The electricity between them still crackles, but unless he helps exonerate her brother and finds a way to confess his true reason for returning, how will he ever recover Morgan’s heart?

Gage leaned forward with his elbows on his knees. The words weren’t exactly pouring out.

He took a deep breath and clasped his hands in front of him, like a preacher signaling for the congregation to bow their heads. Then he took another breath and plowed ahead.

“Jeremy lost his mother two months ago, and he’s a mess right now. He keeps lashing out at me, hoping to make me hurt as much as he does. I’m sure you’ve figured that out. But I want you to know I did not kill my ex-wife—his mother.”

“I didn’t think you did,” Morgan said.

“It was an accident. There were extenuating circumstances which Jeremy blames me for. But I did not—I could never—” He lifted his eyes and looked at her. “I don’t want you to think badly of me.”

“That’s why you came back here tonight? So I won’t think badly of you?”

“Why not? I can think badly of you  if I want to. Most girls have a guy in their past they wish they’d never met. You’re mine. Of course, most girls don’t get to experience the thrill of having the guy show up out of the blue twelve years later. With his kid. On the worst day of their lives.”

“If I’d known you were going to find a dead body today, I would have waited until tomorrow to show up.”

She leveled her gaze at him. “I can’t tell you how much better that makes me feel.”

You can find A Shadow on the Ground at: 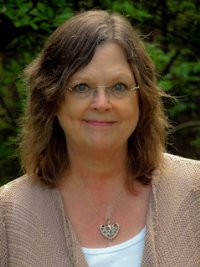 Bio: Rebecca lives with her husband in the beautiful, misty mountains of East Tennessee, where the people are charming, soulful, and just a little bit crazy. She’s been everything from a tax collector to a stay-at-home mom to a house painter to a professional actress and director. When she’s not churning out sensual romantic mysteries with snappy dialogue and happy endings, she likes to travel, go to the Outer Banks for her ocean fix, watch old movies, hang out at the local pub, and make her day complete by correctly answering the Final Jeopardy! question.

You can find Rebecca at:

5 thoughts on “What Makes The Perfect Hero? Guest Post by Rebecca Lee Smith, Author of A Shadow on the Ground”