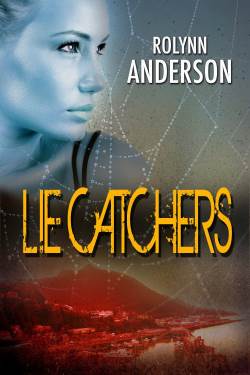 LIE CATCHERS released at a time when most readers are still too busy with the holidays to take notice.  So I’m choosing to center on the fun I had in writing LIE CATCHERS.

Here’s how the story emerged.  It’s 2011 and we’re cruising from Washington State to Alaska on our trawler Intrepid (see picture below).  Never have we covered that distance, much less navigated such difficult stretches of water.

But when we arrived in Petersburg, Alaska, all the strangeness of a scary virgin voyage fell away.  Petersburg is FULL of Norwegians, just like my husband and me.  The little fishing town felt like home to us…relaxing me to the point I began to enjoy our cruise rather than stress over it.

What’s more, Petersburg came with an unsolved crime from 1932 and a rich history of Norwegians, Tlingit, Haida, Chinese and other folk trying hard to make a living centered on fishing.

I had a novel churning in my brain by the time I left the dock.  When we returned to Petersburg on our way south, I had a plot in my mind and research to do.  From then on, writing a suspense novel set in Petersburg, AK, became my new passion.  For the fun of it, I used family Norwegian names for most of the characters in the novel.

Of course, as with all novels came the stress of polishing the plot, editing the story and worrying about sales.  But never mind those pesky issues right now.  I had so much fun writing LIE CATCHERS.  I’ll bask in that joy until about January 3rd.  Then I’ll start fretting J

Two unsolved murders will tear apart an Alaska fishing town unless a writer and a government agent reveal their secret obsessions.

Treasury agent Parker Browne is working undercover in Petersburg, Alaska to investigate a money scam and a murder. His prime suspect, Liv Hanson, is a freelance writer struggling to save her family’s business. Free spirited, full of life, and with a talent for catching liars, she fascinates Parker.

Trying to prove she’s a legitimate writer who cares about Petersburg’s issues, Liv pens a series of newspaper articles about an old, unsolved murder. When her cold case ties in with Parker’s investigation, bullets start to fly.

Parker understands money trails, and Liv knows the town residents. But he gave up on love two years ago, and she trusts no one, especially with her carefully guarded secret. If they mesh their skills to find the killers, will they survive the fallout?

Get your copy of Lie Catchers on Amazon.com Kindle

You can find Rolynn at: