I’m delighted to welcome back Georgie Lee as my guest today! 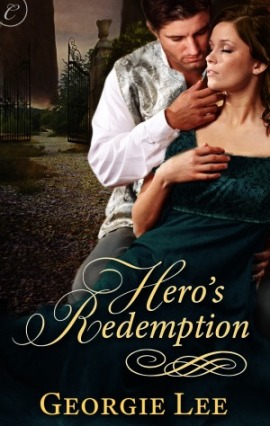 I recently read Becoming Jane Austen by Jon Spence, a non-fiction account of Jane Austen’s life and the elements in her background and family that shaped her and her writing. The book offers an interesting look into Jane Austen’s background while painting a vivid picture of Georgian and Regency England. Despite the manners and elegance or these eras, they were very harsh times, especially for women without money. However, these difficulties gave rise to a great deal of strength and resilience. For example, orphaned Phila Austen, Jane Austen’s aunt, was penniless with little more to look forward to than a career as a milliner in Covent Garden. Instead of accepting fate, she made the brave decision to travel to India and create a new life for herself.

Stories like Phila’s remind us that only by rising to the challenges of life, instead of avoiding them, can we hope to achieve success. This is an excellent lesson for writers since the writing and publishing process is full of challenges. Jane herself must have learned this lesson from both her own career and the lives of her remarkable female relatives, and I’m glad she did. Where would we be if she had given up? Can you imagine a world without Mr. Darcy? I can’t.

Persevering in the face of adversity is one of the central themes in my new Regency novella Hero’s Redemption. Cathleen is a penniless widow at the mercy of her wicked relations. Instead of giving up and letting her half-brother trample all over her, she works hard to find a way to support herself. When Devon, the Earl of Malton is thrust in her path, marriage isn’t the first thing Cathleen thinks of. Instead, she looks to him for financial backing for a business venture in an effort to establish her independence and her future. Things don’t go quite as the hero and heroine plan, but in the end both Cathleen and Devon refuse to buckle under the weight of their troubles and their lives are richer for it.

So, when the going gets tough and you think of giving up, think of Jane and Cathleen. Rise to the challenge, you never know what might happen.

Devon, the Earl of Malton, is a hero for his deeds at the Battle of Waterloo. But he suffers terrible nightmares, and drinks himself to sleep most nights. A habit he vows to break when he awakes one morning to find a woman sharing his bed, no memory of how she got there, and her angry brother at his door.

Cathleen is mortified when her wastrel brother and his greedy wife propose a blackmail scheme involving the earl, but as a penniless war widow she’s at their mercy. She goes along with the plan and sneaks into Devon’s bed one night, and ends up comforting him through a night terror.

Charmed by her beauty and kindness, Devon determines that rather than pay the blackmail, he will offer his hand in marriage to Cathleen. Although she is deeply attracted to the stoic earl, Cathleen cannot understand why Devon would want to marry her. What she doesn’t know is that Devon owes her a debt that can never fully be repaid… 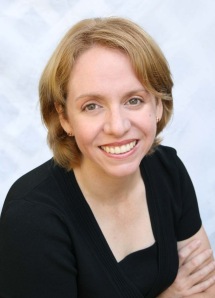 A dedicated history and film buff, Georgie Lee loves combining her passion for Hollywood, history and storytelling through romantic fiction. She began writing professionally at a small TV station in San Diego before moving to Los Angeles to work in the interesting but strange world of the entertainment industry.

Her first novel, Lady’s Wager, and her contemporary novella, Rock ‘n’ Roll Reunion are both available from Ellora’s Cave Blush. Labor Relations, a contemporary romance of Hollywood, and Studio Relations, a love story set in 1935 Hollywood, are currently available from Montlake Romance. Look for her Regency novella, Hero’s Redemption from Carina Press on July 29, 2013, and her Regency novel, Engagement of Convenience, from Harlequin Historical on October 1, 2013.

When not writing, Georgie enjoys reading non-fiction history and watching any movie with a costume and an accent. Please visit www.georgie-lee.com for more information about Georgie and her novels.

You can find Georgie at:

You can find Hero’s Redemption at: