I’m delighted to welcome Lyndi Alexander as she introduces her science fiction romance, A Small Degree of Hope, coming soon from Lyrical Press. Don’t forget to leave a comment for a chance to win in Lyndi’s giveaway!

One of the hardest tasks for a writer is coming up with a story line that hits the latest trend. My fellow Pennwriter Jonathan Maberry did it with the zombie wave. Sister Margie-Lawson grad Jessica Aspen did it with the fairy-tale explosion. But where to go for something that wasn’t just more vampires or werewolves? Not that those aren’t perfectly good stories, but have they been done to death? 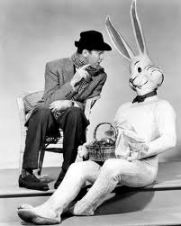 So it was time to pull some completely unique rabbit out of the hat. Although rabbits didn’t seem to be like the sort of creature that would really shapeshift into something a human woman might love.

So what to do?

Some deep rumination led me back to days playing at an online role playing game, where I’d met my husband. We’d created many characters who played off each other, fell in love with each other, wreaked havoc alongside each other. But one of the more interesting storylines we’d come up with involved a shapeshifting reptilian species who could appear human at will, but could be a ferocious lizard-skinned monster by choice. My human woman character met this fierce but empathetic alien and came to love him, in the end, choosing him over her own kind. He, in turn, was deeply loyal and brought his incredible strength to support her. 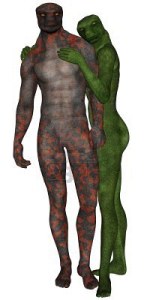 It was an unusual love story, for sure. Many of the other players wondered where the appeal arose—a man-sized reptile, with claws and sharp teeth? How could this be an object of love?

But Kylie always believed that love was more than skin deep—whether a tough alien leather or a soft, pampered human’s. I set out to tell their story, in a new form, and share the idea that love can arise even in the most unlikely circumstances. As the epigraph says, Even the smallest degree of hope can spark love.

A SMALL DEGREE OF HOPE, releases June 3, 2013 from Lyrical Press

Against her wealthy father’s demands, and the usual blockades of a male dominated profession, Kylie Sanderson proves worthy of her position as lead investigator of planet Andan’s Scientific and Investigative Research Taskforce. Someone is killing Andan’s women in an attempt to mutate them into reptiles. Kylie makes it her mission to discover who’s behind the murders and prevent more grotesque deaths.

Shapeshifting lizard Griff comes to Andan to stop his brethren from mutating other planets’ women into mindless breeding stock. Overcoming Kylie’s suspicious and defensive nature proves difficult, but he must in order to help the SIRT team thwart his planet’s scientists.

When Kylie is abducted and becomes the first human to survive the transformation, it’s up to Griff to rescue her so SIRT can restore her human form. On the run and desperate to unravel the mysteries of Kylie’s past to solve the crimes of their present, can she and Griff forge a future for themselves?

His jaw set. He hunkered down next to her and slowly drew up her left sleeve. She glanced at her arm and caught the faint tinge of green. No, more than a tinge! Some scales had reappeared. With a small scream of horror, she was on her feet, yanking her arm from him to examine it more closely.

“It has been many days since you have been administered the antivirus,” he said, his words wrapped in soft apology.

“I’m turning back?” She stumbled against a wall, then the windowsill, half-blinded by tears and stunned by disbelief. “It’s not possible. Please tell me it’s not possible.”

He came to catch her in his arms, and she clung to him, taking all the comfort she could.

“I did not know if enough had been given to you. We have never–”

Hot anger flooded her, so much that he let go and stepped back, his claws evidencing in self-defense.

“Yeah, yeah, I know. We never succeeded in invading one of your women before and making her over in our image without her damned consent.”

She crossed her arms, hugging herself, her right hand covering the offending patch of skin. No, it can’t be. She couldn’t go back to that. Not ever.

What would she do?

She paused at the window, staring out at the stars, cursing all aliens that came from them.

“But I can’t go back to the hospital because Jaco will lock me up and I’ll never see the free world again.”

The cool glass soothed her forehead as she leaned against it, trembling with fear and frustration. Think, damn it, think. Every problem has a solution.

Tentative, he approached her. His hands caressed her shoulders, like feathers, at first, and he purred to pacify her. She pulled away from him, needing something hard and cold in her brain in control, not these volatile emotions. As long as he couldn’t get inside her head, she could still be in control.

“How long have you known?”

“Several days now. Your scent–” He shrugged. “I wanted to be sure before I said anything.”

She struggled with a choking sensation before she could speak again. All the progress she’d made, just trickling away? She didn’t think she could stand it. “So what now? I just change into some mindless reptile again?”

He didn’t answer right away. “We cannot let that happen,” he finally said.

“I won’t let that happen,” she said. “I won’t be that again. Even if I have to–” She didn’t even say what she intended. In her mind, she’d pictured a razor blade in her hand and what she’d do with it.

Griff grabbed her and swung her around to face him. “No. You will not end your life. No!”

She reeled from the waves of emotion coming off him, a sense of extreme loss and loneliness. If his hands hadn’t gripped her shoulders, she’d have fallen.

“What else would you suggest?” she said, not bothering to swallow the bitter edge lining her voice.

He held her close to him, her cheek against his rough hide, his arms tight around her. “We’ll think of something.”

As she calmed down, her thoughts synched into forward motion again, and she tried to come up with a plan that didn’t involve drastic consequences. “Wait. Sonya got the antivirus from you. Do you have more?”

He twitched. “It is not the same. What she had was multiple times refined and supplemented with other substances. The serum in my body is raw and experimental. I honestly do not know whether in this state it would have the same effect.”

She pulled back to look him in the eyes. “Is it worth a try?”

“I fear the consequences,” he said. “Because the reptilian modifications have bonded so thoroughly to your genes, it is possible that destroying them with the unrefined antivirus could destroy your genetic material as well. You could die.”

She extricated herself from his grip, overwhelmed. Let’s see these options again. Be a mindless lizard. Die. She considered the implications of altered genetics, possibly leaving her not lizard or human. Or worse than either.

A Giveaway! Since A SMALL DEGREE OF HOPE isn’t coming out till next month, I’ll give one person who answers today’s question a PDF copy of LOVE ME, KISS ME, KILL ME, my paranormal suspense story from Hydra Publications. Be sure to include your email address so I have a way to contact you.
What aspect of a partner is most likely to make you fall in love? Is there a difference between what first appeals to you and what keeps you in for the long haul?

Bio: Lyndi Alexander dreamed for many years of being a spaceship captain, but settled instead for inspired excursions into fictional places with fascinating companions from her imagination that she likes to share with others. She has been a published writer for over thirty years, including seven years as a reporter and editor at a newspaper in Homestead, Florida. Her list of publications is eclectic, from science fiction to romance to horror, from tech reporting to television reviews. Lyndi is married to an absent-minded computer geek. Together, they have a dozen computers, seven children and a full house in northwestern Pennsylvania.

You can find Lyndi at:

Photo Credits: Harvey is from the movie of the same name (Universal Studios)
Reptile Couple- licensed drawing from Shutterstock