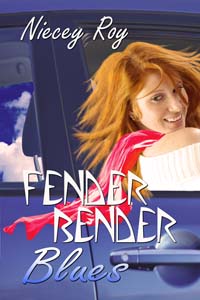 I have no freakin’ metabolism.

Yes. I said it. And it’s true. But I wasn’t always this way. When I was in high school, I was known for…eating a lot and being tiny. I’m talking 5’3” and 117 lbs max. And that’s because I worked out a lot, played sports, spent a lot of time outdoors.

Then I had kids.

Let me tell you, when they say a body changes after kids, it’s true. For the first time in my life, I craved ice cream and cake. Ugh, gross!!! Yes, I said gross. Not because I have anything against ice cream and cake (I obviously enjoy both A LOT now), but because before my pregnancy, I had no cravings for sugar at all. Ever. And I’m not exaggerating. I didn’t go out and eat candy bars, or overindulge at birthday parties… nothing like that. But I could out-eat most the girls on my volleyball team (did you say you dare me to eat two Big Macs? Bring it! You don’t think I can kill a foot long sub and eat another 6-inch? I got this!!!) Yeah. I was proud of my ability to eat like a horse and not gain a pound.

Probably, I had this “no metabolism” thing coming. Kharma can be such a you-know-what!!! Anyway, I can’t eat like I used to. Even thinking about it makes me gain weight! When it’s summer, the weight does usually fall off—did I mention, I hate the yo-yo effect?

My point is that I’ve had people tell me when they read my writing, they end up hungry. That’s because the people in my books are always eating. The female characters are always hungry. Ha ha!!! In Fender Bender Blues, my female protagonist has the metabolism I dream of. And she craves food like I do. If she’s not talking about pizza, she’s eating a humongous burger with double patties, bacon and cheese, or she’s scarfing down her mom’s fried chicken and mashed potatoes. I’m a bit more conscious of the “starving” quality of my female characters now…but that doesn’t mean I have cut out food from my writing. In fact, I’ve already noticed in my current WIP most of the scenes revolve around food. I suppose, if I can’t eat it, I’m going to shove it down my characters throats…ha!

So… What food are you craving now?

Her life took a wrong turn. He’s driven by success. They didn’t count on crashing into love…

Rachel Bennett loved her job until the day she finds herself doubting her choices.  Now she’s hunting for a new career, but starting over isn’t easy.  Her plan is simple—no distractions until she finds her dream job.  She didn’t plan on fate throwing her a curveball in the form of a fender bender with a sexy guy in an expensive suit.

Craig Larsen is a wealthy, successful business owner with a plan of his own: survive his current PR nightmare and stay away from his overly determined ex-girlfriend.  His need for control and personal success is turned upside down when he meets Rach, a sassy redhead who can’t drive.

Soon they find themselves battling with Rach’s grumpy old neighbor, toilet-papering the trees of a high school nemesis, and fighting over the last slice of pizza.  Can two very different people plus one fender bender equal a chance at forever?

Craig shifted to eye her warily. “Since when do you answer me with single words?”

“Since I decided I’m not talking to you,” she answered with a shrug, crumpling up the white paper wrapper from her sub.

Craig leaned his face in close to her neck and enjoyed the startled jerk of her shoulders. Her eyes opened wide in surprise. His breath shifted a few strands of hair at the nape of her neck as he whispered, “Why, because you want me?”

She’s enjoying this. The thought pleased him. Rach was on her back beside him now, her eyes closed. He glanced around the park to see if anyone was watching. No one was. He could swoop in for a kiss and no one would catch him. No one would care, he told himself. She won’t mind…

“I can feel you staring.”

Craig smiled down at her. “So what.”

She peeked at him with one green eye. “So stop it.”

“And if I don’t?” Maybe she’d tackle him, push him down on the blanket and…

She didn’t. She promptly closed her eye and went back to pretending indifference. “I’ll hit you, that’s what.”

He’d only meant it to be a short kiss, but the pleasure of touching his lips to hers kept him there longer. Her tongue was velvet soft and warm against his and the slow mating of their mouths quickened his heartbeat even as he told himself, It’s no big deal, just a kiss.

She nipped his bottom lip and sent heat sliding through his body. The woman could kiss.

She whispered soft against his lips, “Now why don’t you admit that it’s you who wants me.”

Bio: Once upon a time, there was a young girl who wrote sappy poetry about every relationship gone wrong. She had her heart broken many times before the man of her dreams stepped off a big Navy ship and swept her off her feet, promising to never hold her shoe obsession against her. From that day forward, she swore she’d never again write sappy poetry of unrequited love. Instead, a sucker for smootches and happily-ever-afters, Niecey Roy now writes contemporary romance inspired by her sailor’s sexy brown eyes and charming sense of humor.

If you’d like to read Fender Bender Blues, below are the links you can find it. There’s a four chapter excerpt on Amazon right now!

5 thoughts on “Are You Hungry Yet? Guest Post by Niecey Roy, Author of Fender Bender Blues”