Cats don’t immediately come to most readers’ minds when starting a romance novel.

Why would they?  The focus in romance is the love story between the gutsy heroine and the tough hero with a secret wound that alienates him from most of humanity.  That wound raises barriers to meaningful relationships with women.  That wound must be healed—by the heroine—before she and the hero can live happily ever after.

Here’s where cats come in.

Tough heroes must learn several lessons before they put that haunted past in the past and open themselves up to love.  The heroine helps the tough guy learn this lesson, but I think guys who have cats in their lives stand a better chance at finding true love sooner rather than later.

Here are a few examples of the wisdom felines impart to alpha males.  Note, nothing or no one impresses cats.  Ergo, they are perfect teachers.

Cats teach their human male companions patience.  Patience plays a huge part in overcoming the big and small obstacles that can destroy those elusive chances at happiness.

Woe under the man who does not learn quickly he should fall out of bed at the first love pat below his eye.  His cat will ensure regret descends because of his human companion’s selfishness.  How long before an HC (human companion) becomes resigned to gritting his teeth and rescuing his cat caught in the same tree for the fifth or sixth or nth time–maybe in the same day?

The alpha with these kinds of experience has taken the giant steps toward practicing patience—a quality prized almost above all others by women.

Cats teach men humility.  (They teach women this quality, too, but men may have to clean up cat poop many, many times before learning kitty will mete out justice if the hero forgets to keep the litter pristine).

Life humbles us all.  Cleaning up that excess litter a cat kicks out of the box definitely humbles the proudest male.

Cats teach men to have a purpose beyond themselves.  (Workaholics and sexaholics need not apply as a feline’s companion).  It’s simply not possible to heap kitty with love and attention if the HC is texting during tummy-rub time.  And any HC who can’t tolerate kitty sleeping on the keyboard or printer or smart phone or any other electronic device is too full of himself to be a worthy HC.  By extension, he’s a poor candidate as a love interest.

Closely related to finding a purpose beyond oneself is a cat’s ability to help men develop a sense of humor.

Refusing to take oneself too seriously complements a sense of humor.

How can anyone fail to laugh at cats flushing the toilet in the middle of the night?  What man, after tap dancing with kitty under his feet for ten minutes, would not fall down laughing?  Cats love to hide in dark places and jump out at their unsuspecting HC.  That’s equivalent to another human hiding and yelling, “Boo!”  Laughing, as we all know, lowers the blood pressure.

Failure to laugh leads to the suspicion that such a man is humor-impaired, short on patience and too full of himself.

Finally, daily living with a cat increases an alpha male’s vocabulary.  And not just those pithy, four-letter English swear words, either.  Four-letter words quickly give way to communicating on an entirely different level.  Great communication skills provide an amazing way for the wounded male to relate to the heroine.  Trusting her to understand lays the foundation for building an HEA-life together.

In UNRAVELED and PRESUMED GUILTY, my two recent romantic suspense novels, old stray Tomcats adopt a tough cop and an arrogant CEO before the stories begin.  The felines are contrary, independent, demanding, aloof and downright hard to love.  Yet the cop and the CEO don’t just feed and water their four-legged critters, they lavish time and affection on BD (Black Devil) and Fat Floyd.

What do these heroes learn from their feline companions?

What impresses the heroines about these alphas’ behavior?

Where do the hero and heroine turn in the middle of mayhem and murder for a laugh?

What lessons do the felines learn about closed bedroom doors?

Read both books to discover the details.  Buy through Amazon, B&N, and The Wild Rose Press. 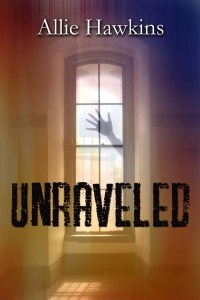 What if one loose thread could unravel your life?

Three years ago, Quinn Alexander put Pierce Jordan’s betrayal behind her. Now her brother needs a favor that forces her to confront her former lover. For her brother, guardian of her devastating childhood secret, Quinn will do anything—even risk falling for Pierce again.

Pierce admits he broke Quinn’s heart out of fear he’d never measure up to her ideal. He also admits Quinn’s savvy mind and generous spirit drive their successful, ongoing business relationship.  Now, realizing how much he wants her, he risks losing her forever by questioning her brother’s character.

When Quinn and Pierce uncover embezzlement, drug deals and murder, she fears for her brother, even as her attraction to Pierce grows. Which is stronger—a love renewed or loyalty unchallenged?

Snow slithered down Quinn’s expensive, silk-lined boots, but she laughed, her heartbeat slowing.

The heat in Pierce’s whisper promised a hint of what she could expect after he undressed her.  Anticipation shook her. “I’d throw down my glove but my fingers would freeze.”

“Imagine them tripping down my spine a few  times. They’ll feel like—

“There you go. Being eager again.”

Ahead, blue lights flashed, police radios crackled. Three whistle-blasts stopped her at a red light. Pierce’s voice faded in the crunch of tires. She yelped and jumped sideways. Her bum ankle buckled, collapsed.

Flat on her back, dazed, she groaned. A savage grinding of gears released the metallic taste of adrenaline deep in her throat. She rolled onto her side, flailed to get to her feet, put distance between her and the car she imagined fishtailing on the ice.

Her hands slipped. Her feet slid. Blood roared in her ears. She scrabbled backwards, twisting her head toward the street, toward the car she couldn’t see.

Stand up. She had to stand. Had to…get…away.

Instinct warned trying to stand promised disaster. Ice demanded crawling. Crawling offered a small hope of survival. She flopped onto her stomach. Her wrists wobbled. On the second try, they supported her weight.

Her heart beat too hard.

Too fast. Unable to catch her breath, she tucked her head and crabbed across the icy sidewalk. Too late, panic shocked her like electricity. The wrong way.  She was going the wrong way.

A blur of black rolled toward her. Closer and closer. Headlights blinded her. She opened her mouth. Wind swallowed her scream. 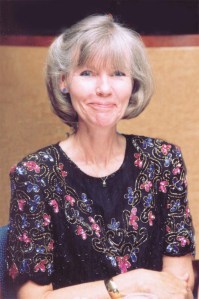 Allie Hawkins writes about mayhem, murder, sex and love in books featuring  cats who teach alpha heroes how to win a heroine’s heart.  Her alter ego, Barbara Plum, writes romantic comedies set in Silicon Valley, where both writers live—just off the fast lane.  Careers in teaching adolescent boys, developing public library programs and creating marketing materials for emerging technologies still fuel her imagination and storytelling.  Zumba keeps increasing her gray cells and giving her pleasure away from her computer and cats.

5 thoughts on “Everything Alpha Males Need to Learn about Love, They Can Learn from Cats by Allie Hawkins”