I am delighted to have fellow New Jersey Romance Writers member and international bestselling author Diana Cosby as my guest here today. 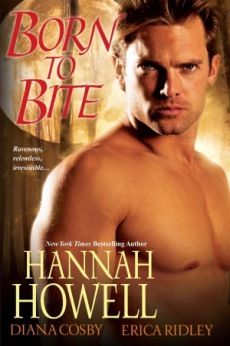 Welcome, Diana! Tell us about your current release.

My story in the anthology Born To Bite: HIGHLAND VAMPIRE

As King of the Highland Coven, vampire Aedan MacGregor knows that falling for the fey Rowan Campbell could destroy her. But one taste of her healing blood and he craves her like no other. Dare claim her as his own, knowing he might lose her forever?

~A vision came to me several years ago of a man passed out and laying naked in a stone circle in Scotland.  I’ve tried to figure out the story since to no avail.  Once my editor asked me to write a story in the Born To Bite anthology, a clear picture of who this man was and the story unfolded.

~I’m working on the 6th story in the bestselling MacGruder brothers series, “His Enchantment.”

Do you have any releases scheduled for this year?

~Born To Bite is released on the 28th of August!

~After 9 1/2 years, I was 3/4 through my 11th novel when I received “The Call” from Kate Duffy and Sulay Hernandez for my 8th novel.  It was an amazing day.  I didn’t yell or anything, but cried.  Once I calmed, I read my prepared note near my writing desk to the editors.  After, I thanked them for their time and told them I would get back to them in the next day or so.  When my kids came home from school, I shared the exciting news.  Then, I called several writing friends, culled sage advice, and a couple of days later I negotiated a two-book contract. 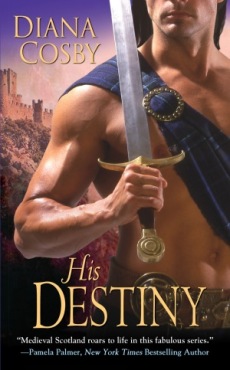 ~Normally I find a historical fact that I love, and incorporate it in a story.  Hint:  The fact about Wallace in His Captive is true!

~The best thing about being an author is to write stories that I love, meet so many amazing people, and helping my favorite charities.

~I love every hero and heroine so much.  I honestly don’t have a favorite.  A hero that is constantly in my mind, and woke me up on occasion while I wrote his story is Alexander MacGruder from His Captive.  He tends to be a bit pushy and thought I should write his story faster. J

~My all-time favorite scene is from His Captive. It’s where the Alexander is struggling about his feelings for his captive, Nichola, and rides to take a midnight swim.  While in the water, Duncan and Patrik who are hiding in the woods swipe his clothes and make Alexander think he’s under attack by the English.  I love the sense of bonding, how the brothers embrace the moment of family, and are aware that change is rolling at them and this fragile night will too quickly be a memory.

~I have a schedule that I update daily and follow.

~I’m on move #33, so I have a ton of favorites.  One of my top places, where I had the pleasure of living in for four years, is in Spain.  Loved the history, the people, and the amazing food.

~My mom is a huge reader.  Also, I read Walter Farley’s, “The Black Stallion,” numerous times as a child.  That book ignited my passion to write my own stories.

29th  One of several romance authors on a panel at the Fall for the Book Festival, hosted by the George Mason University in Fairfax, VA. in September.  http://fallforthebook.org/?page_id=979/

Bio: Diana Cosby is an international bestselling author of Scottish medieval romantic suspense.  Her award-winning books are available in five languages.  Diana has appeared in Woman’s Day, on USA Today’s romance blog, “Happily Ever After,” MSN.com, and in Texoma Living Magazine.

After retiring as a Navy Chief, AGC(AW), Diana dove into her passion – writing romance novels. With 33 moves behind her, she was anxious to create characters who reflected the amazing cultures and people she’s met throughout the world.   Diana is currently working on the sixth book in the award-winning MacGruder brother’s series, and is preparing for the release of her story in the anthology, “Born To Bite,” with Hannah Howell and Erica Ridley.  Diana looks forward to the years of writing ahead and meeting the amazing people who will share this journey.