Please welcome my fellow Wild Rose Press author, Nancy Jardine. Her newest contemporary romance, TAKE ME NOW, released on August 3, 2012, from The Wild Rose Press. Hi, Nancy, and thanks for being my guest today! 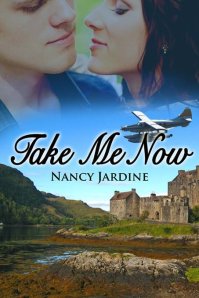 I was thinking, lately, on how I go about solving my own problems. I’m a fairly practical person and my instinct is to deal with whatever it is myself, only calling in the experts when I don’t have a particular expertise, or if the decision is too big for me to make alone. I’m thinking you’ll agree that’s no different from most people in the world? Sometimes you have no control over decisions made. You have to sit back and wait to see what choices have been made for you. Sometimes those round pieces you have in a child’s shape block sorter just DON’T FIT THE HOLE you’re trying to fit it into. You have to find another place for it.

That was my case after I sent in my initial query letter for my contemporary romance-Take Me Now.

My editor initially enthused about the premise of the novel, liked what she’d read of it, but thought readers would be more interested if I added some extra European destinations for my characters to fly to. I thought to myself…hmm. Aela was already flying her boss, Nairn, to London and to the Caribbean, and the Middle East. Where in Europe could I add? Making those additions to an already sitting at 85k word novel meant a lot more writing.

I thought of places I’d personally been to in Europe, or had recently heard of via a traveling family member-aka my daughter- who has a travel bug, and has zoomed all over the planet. I was already planning my next novel, a second history mystery, which included a number of European cities so those particular destinations were out-I wasn’t going to use them even though they are two different types of novels.

I decided to take Aela and Nairn to Tallinn (Estonia), and Rotterdam, and Paris…and Barcelona. By the time I added those places to the storyline, the plot had subtly changed. The minor element of danger that had originally caused Nairn’s accident became more central to the storyline, yet the tone of the novel is still light hearted because Aela is such a feisty lass who flies in the face of danger, and laughs it off!

Those additions of European destinations made the story much more thrilling. My editor was really excited about that, it really made the story flow better, yet it threw up a new problem. Where to put the finished product?

My editor, I believe, mainly works on Champagne Contemporary novels for The Wild Rose Press. Those contemporaries have the heated romance as its central core. Hmmm…again. In adding the extra action the romance hadn’t been sublimated, but the added incidents weren’t sufficient enough for it to be classified as a gripping Crimson. I certainly hadn’t started off writing with that line in mind. That line is mainly for Romantic Suspense.

While my novel, TAKE ME NOW, has suspense, and mystery, and romance it can’t be marketed in two places. The DECISION was made that it would be marketed through the Champagne line. I was just delighted it was going to be published and less concerned about where people could buy it from- though I do appreciate the quandary very acutely.

Back to the keyboard, I went, to check the romance was paramount and very sensual. *smiley faces here** I’m very happy that my romance, with its suspense, and its bit of mystery, is still what I call an easily read light hearted novel.

AND NO! It wouldn’t actually fit a romantic comedy line either!

What about you? Have you any stories to tell about the pigeonholing of your work?

**My-TAKE ME NOW-Tour Contest**
To celebrate the launch of Take Me Now I’ll be giving away 2 e copies of Take Me Now, 2 e copies of Monogamy Twist, and 4 goodie bags of Scottish Castle Gift Cards and Tags to some lucky winners. At each tour stop I’ll be asking a different question. To be entered into the draw find the answer to the question set, at each tour stop, and send the answers to me at nan_jar@btinternet.com before Saturday the 11th August 2012. The more questions you answer, the better your chance will be! (ie send in four answers your name’s in the draw four times) The draw will take place at noon (GMT/ UK time) on Sunday 12th August.

For the URL details of the other tour stops (and special giveaways) please check the calendar on Nancy Jardine’s blog: http://nancyjardine.blogspot.com

Quiz question for Wednesday 8th August: Name one of the extra cities added to the story?

Nairn Malcolm’s looking for the impossible. He needs a highly skilled, enterprising aide who’ll be at his beck and call 24/7. No ordinary Jane Doe will do. He doesn’t expect the only candidate who drops in at his Scottish castle for an interview to be so competent…or so stunning.

Aela Cameron’s got exactly the right mix of talents to satisfy all Nairn Malcolm’s needs, and more. She loves the jobs he needs done, adores his castle, and finds his frenetic lifestyle energising. But she’s only looking for temporary: not to fall in love with the man.

Can Nairn convince Aela she’s tailor-made for him in every way…and not a passing fancy?

Unadulterated vigor oozed from every last bit of him—overall a dangerous concoction. Something stirred way-down-low inside Aela again. He was a real honey, and the bee in her wanted to be very sticky.

Her mind whirred. The man bore a vague resemblance to the ruggedly handsome thirty-two year old Nairn Malcolm of the internet photograph, but would the blonde limpet in the recent celebrity snapshot want to curl herself around this forbidding wreck of a man? Aela thought not. She wondered, though, if his blank expression was caused by current circumstances, or if this was his normal demeanor, since he hadn’t been smiling in the photograph either.

With the high granite wall as his backdrop she could easily imagine this man lording over the castle, ruthlessly challenging any invaders to his domain. Taking any woman he wanted? Now there was a thought she was happy to entertain. A tiny smile broke free. Tamping down her crazed imagination she re-assessed him.

What had the guy been doing to get himself in such a state? 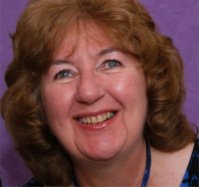 Nancy Jardine finally gave up teaching in the autumn of 2011. During the last few years she’s written a historical novel, three contemporary novels- two of which are what she calls her history/mysteries. She’s also written the first of a time-travel series of novels for children aged 9-12years, and a family saga is her current work in progress.

Nancy lives in the picturesque castle country of Aberdeenshire, Scotland, with her husband who feed her well! Ancestry research is a hobby, as is participating in exciting events with her family which drag her away from the keyboard. In her large garden she tends real flowers and grows spectacular weeds which she’s becoming very fond of! She cherishes the couple of days a week when she child-minds her gorgeous granddaughter.

Coming Soon:
THE BELTANE CHOICE will be available in ebook formats from Crooked{Cat}Publishing 31st August 2012. Print will follow.