Moriah Jovan, author of The Proviso and Stay, has issued a challenge to join in a Group Creativity Experiment in which she posts a song to spark our imagination and we all see what we can create. I love using music as I write, so I was happy to join in with Experiment 1: Litanie des Saints by Dr. John.

I’ve been looking at adding Nate’s viewpoint to my story Clear As Day, and this song seems perfect for him. The piece inspired by the music began with a love scene which was . . . ahem . . . a little steamy to post here, so this is the second half:

She still hadn’t said yes.
His body and mind were all worked-out with that loose-jointed, post-sex mellow buzz that should have felt so good, but was no help when he needed to think. So much for trying to talk it out. Women were supposed to want to talk, right? He hadn’t meant to go all Neanderthal and ultimatum her. He was pathetic, really. Letting his mouth and frustration run loose had nearly blown up in his face.
Kay walked alongside him, her hand relaxed in his. That gave him hope she wasn’t too pissed at him.
What more could he do? What else could he promise her? She said she believed he loved her. She hadn’t said no. She hadn’t thrown his ring back in his face. It was still on her finger. She hadn’t told him to go fuck himself. He was making some progress, yeah?
What now? Thank God for sex. And yeah, guilty on pushing her there, too, but seeing that numb despair in her face, well he’d been more desperate than sensible. Maybe he could just make love to her constantly for the next eleven days, until neither of them could see or think straight. Just keep on showing her and telling her. Well, he was good, but not that good. He laughed.
“What’s funny?” She paused their walk.
“Life, the universe and everything.” He winced at his glib answer. 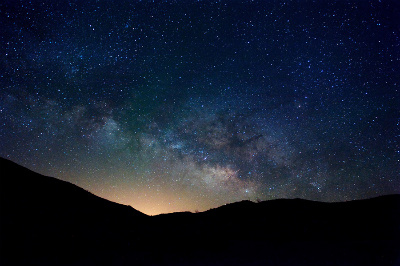 Kay laughed, slipped her arm around his waist, and sent his heart into a relieved lurch. “You’re not kidding.” She sighed, squeezed a hug around him again, and her body went soft against his. They stood in in companionable quiet, looking out at the still, dark lake and star-filled night sky.
The hungry whine of mosquitoes nudged them onwards with their walk back to camp.
They reached the bottom of the trail into her camp. “Kay–” His head was too crowded with what he wanted to say. Apology, plea, demand, all snarled up in his mind, lodged in his throat. Shit.
She backed a step away. “Nate, honestly, I need space on this.”
“Is it because I asked wrong? I fumbled that.” Great, now you sound even lamer.
She sighed and looked away. “No, that’s not why. I just never planned on ever marrying, anyone.”
“I believe we can make it work.”
“But I don’t know if I believe it.” She turned to him with such a seriously sad and confused expression.
His heart clenched. He was dealing with something far heavier here than her simply having cold feet about their relationship. With no clue what else to do, he caught her hand and pulled her close. She tensed, but he just wrapped his arms loosely around her, enough to hold her where he needed her. A long knife-edged moment, and then with a sigh, she slid her arms around his waist and rested her head against his shoulder.
“I swear you can talk to me, Kay. Whatever the problem.” He stroked his hand over her hair, nuzzled her cheek, pressed a kiss to her cheek. “Anything. Anytime.” Why couldn’t he have fallen for someone easy? But apparently he liked a challenge. God help him.
She sighed and slowly relaxed against him. So how did he go about convincing Kay, heck, coercing her into seeing she loved him? How did he fix what hurt her? Eleven days, he only had eleven days. And what the hell was he going to do if he failed?
He couldn’t deal with that thought right now. No.
“Let’s get some sleep, okay?” He caressed his hands over her, ignoring his cock’s happy twitch at the idea of being in bed with Kay. Give it a rest, dude. Whatever the hell she wasn’t talking about wasn’t going to be fixed with sex.

Here’s Litanie des Saints on YouTube for your listening pleasure: